Western Cape Sport School is embarking on its inaugural Golf Invitational event. The event will be held at the scenic Boschenmeer Golf Estate on the 15 November 2015. The event serves a dual purpose in that we endeavor to create an awareness of our exploits as well as initiating what is to become an annual […] 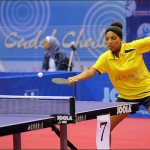 Lekeasha Johnson was selected for the Continental team and was in attendance for Team Africa at the recently held 2015 ITTF World Cadet Challenge,23 Oct 2015 – 31 Oct 2015, in Sharm El-Sheikh, EGYPT. The outing started with an extensive training camp hosted by Swedish Coach and Olympian, Peter Karlsonn. This proved to be a hard […] 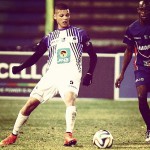 Kyle Amon, an ex-learner (Football) of WCSS  has been awarded a two-year soccer scholarship at the University of New Hampshire in the United States of America starting January 2016. Kyle completed his Bachelor degree in Public Administration at the North-West University’s (NWU’s) Mafikeng Campus. He will be studying for a Master’s degree in Community Development, […]

Whilst most schools are enjoying a well-earned breather at the end of the third term, Western Cape Sport School is a hive of activity, demonstrating the popularity of the school as an events venue. Amongst the activities taking place are:

1. Table-tennis National Training Camp : the SATTB is hosting a national training camp for the 30 of the country’s most promising Junior Players and coaches. The players are being put through their paces by reknowned Swedish coach Jan Bergheim and a host of the best local coaches. WCSS players Byrone Abrahams, Cade Peters, Darren Wyngaard and Lekeasha Johnson feature prominently in the camp and have all indicated that they were benefitting tremendously from the high-level coaching. The camp is also serving as preparation for Lekeasha , who will be jetting off to Egypt on Sunday 9 October 2015 to join her Team Africa team for the Inter-continental Championships.

2. Internship training: The school is once again venue for the in-service training of the interns who form part of the PAY ( Premier’s Advancement of Youth) Project.

3. Matric Enrichment Project: Metro South Education District is conducting a week-long matric enrichment programme for learners from across the district

5. Gymanstics: The school’s gymnasts left for Pretoria to participate in the National Championships.

6. Football: The u16 & u18 teams played in the finals of the Rygate FA KO Competition. The u16’s were crowned champions, whilst the u18’s finished runners-up.

Geraldine King will be representing Team South Africa in the High Jump event at the All Africa Games that is currently taking place in Congo (Brazzaville). CRICKET: Provincial selections Siphamandla Mavanda has been selected for the WC Cobras Academy Squad. He also represented the WP Academy at the WCape Academy Tournament which was held in […]