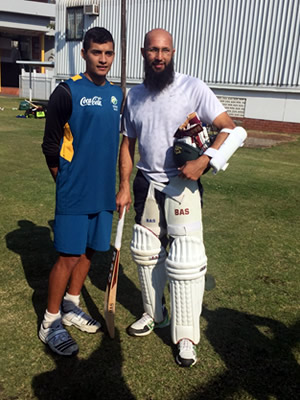 Ziyaad Abrahams was selected for the South African u19 team that played Bangladesh in home and away series. Ziyaad was the leading wicket-taker (10 wickets in 4 matches) during the tour of Bangladesh in March. Ziyaad enjoyed a successful season by representing the WP U17 team at the CSA National U17 Week held in Johannesburg. He performed outstandingly and was named as the Bowler of the Tournament. He was then selected for the CSA u17 Invitation team that participated in the Cubs Week held in Stellenbosch. His good performances at this week earned him a call-up to the SA u19 team.

He was recently also selected for the WP u19A team that will participate in the Coca-Cola Khaya Majola Cricket Week that will be held in Port Elizabeth in from 16-20 December 2015.